Anyone who can make some statistical overview (graphs) with that data?
Would be nice to see downloads per release on a timeline. To make different OS versions visible in the chart would good as well.

Here is the data source:
http://www.somsubhra.com/github-release-stats/?username=bitsquare&repository=bitsquare

Will give out a bounty of 0.1 BTC for the best solution. Should be a script we can embed in the web page. 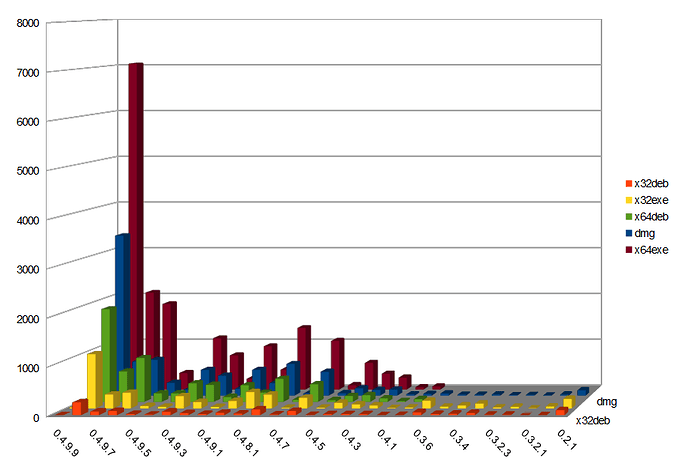 Thanks, but I though more on something like that:
http://p2sh.info/dashboard/db/fee-estimation
To see clearly the total numbers and inside that area the distribution of OS.
It should be a script based solution so we dont need to maintain it manually. 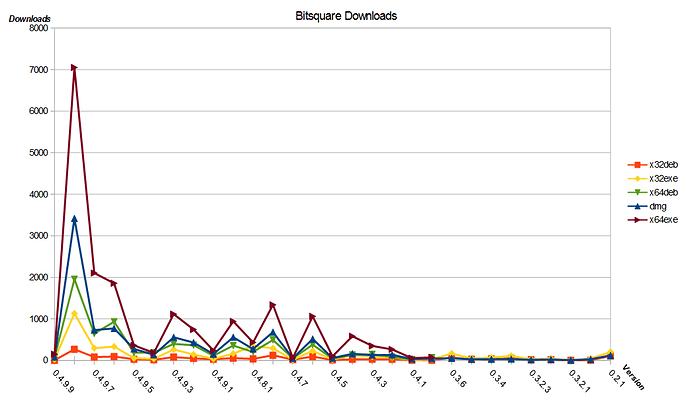 I must pass for the script based solution. That would take more effort

Wanted to see the total number. But nice… thanks! 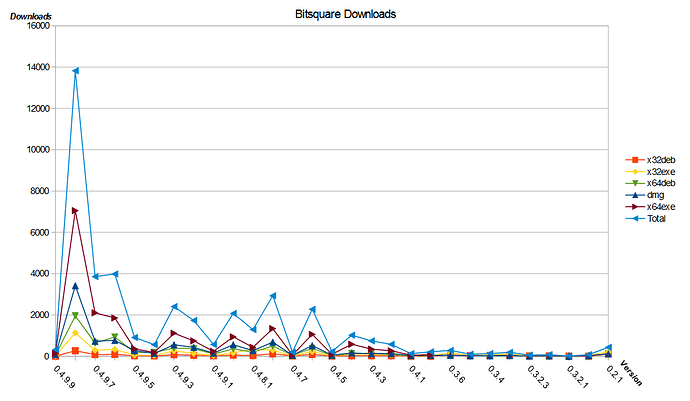 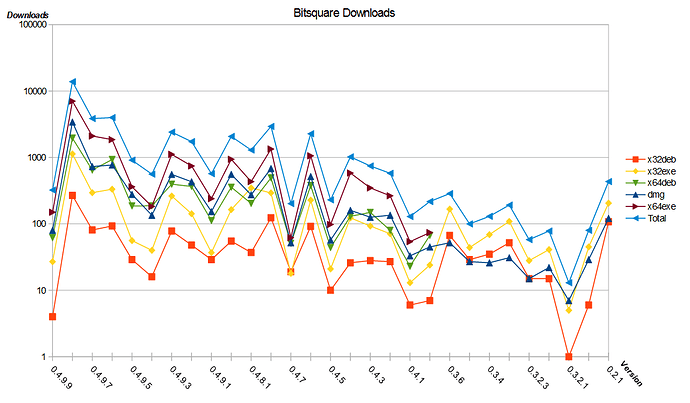 another view with logarithmic scale to unfold the lower range

Is there a count by countries?

In the trade statistics u can see all currencies.

Could u provide the graphs in the opposite time direction (old left)? 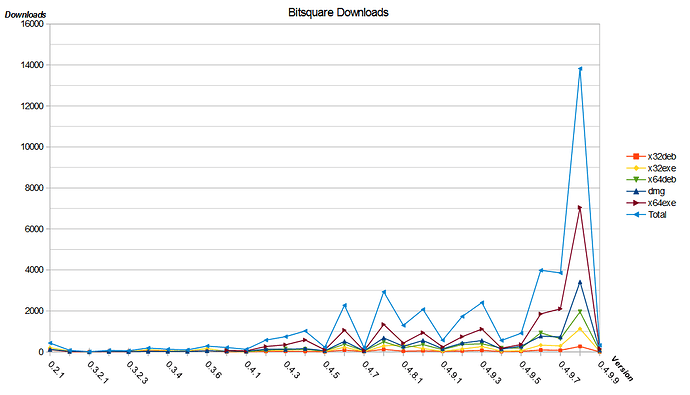 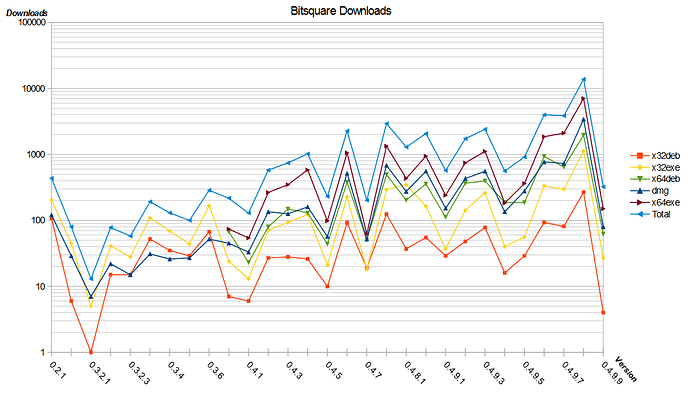 with rising value on the X axis

I glanced at the download data you provided, and I’m amazed at the low proportion of downloads for the cryptographic signatures.

I for one am grateful to be able to verify the integrity of what I’ve downloaded against Manfred’s public key.

Yes that is unfortunate. We will make in-app downloads in future with automated sig checks. Furthermore we want to get deterministic builds and sigs from multiple devs.

You could consider Gitian builder for those deterministic builds if you haven’t already.

Yes that would be best. Though the java jar file build is already deterministic so far i saw… but needs more testing on diff. environments. The OSX dmg file though gets a diff. hash each time, not sure why, but we could use a zip instead as well…
If anyone wants to work on that (needs all OS version in VMs to check all the builds) would be great!