An extraordinary opportunity for Bisq. Local BTC trade will be banned. We need a marketing campaign in China! http://www.zerohedge.com/news/2017-09-08/bitcoin-crashes-massive-volume-china-plans-shut-local-exchanges

Unfortunately we had trouble with Tor in China, since they banned it and the bridges didn’t work apparently.
Maybe we should look into those bridges again until we find a solution. Maybe it works now.

Unfortunately we had trouble with Tor in China, since they banned it and the bridges didn’t work apparently.

Maybe we should look into those bridges again until we find a solution. Maybe it works now.

Surely it is not possible to completely ban Tor. I hope you solve it, it is an obvious and indispensable market, surely there are a lot of activists and hackers out there, who know how to fix that.

If you have a way, I would like to know, thank you

It is not so sure if it will work. Might work for a certain time but then they might discover it and block it. They use machine learning and have 40k people employed for the GFW. Though we will try to see if we can manage to get it working. But I would not expect too much.

So I fear that will all take min. half a year more until we have the basics ready to get there.

It seems that there are more countries willing to block Tor. There has also been talk in France about the possible ban.

The corepeople of Tor have to look for a response, so that information can flow freely around the world. 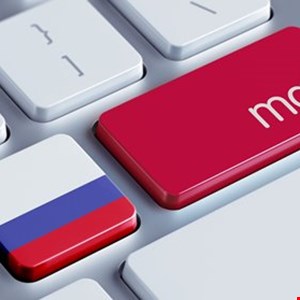 The bill now goes to President Vladimir Putin to be signed into the law.

Luckily banning Tor is pretty hard and beside China I think no other country has capacity to really block it.

Hey Manfred, shadowsocks works in China, is it possible to make an implementation for Bisq?

Shadowsocks is a free and open-source encryption protocol project, widely used in mainland China to circumvent Internet censorship. It was created in 2012 by a Chinese programmer named "clowwindy", and multiple implementations of the protocol have been made available since. Shadowsocks is not a proxy on its own, but typically, the client software will connect to a third party socks5 proxy, speaking the shadowsocks language on the machine it is running on, which internet traffic can then be On ...

I don’t know that. First I would try out the pluggable transports. That would not require too much effort/change…