Looking quickly over the tradebooks, there seems to be a lot of price-differences between different exchanges and currencies, has anybody considered doing arbitrage?

There should be plenty of opportunities for arbitrage, especially on a low-volume exchange such as Bitsquare. There should also be possibilities for normal traders to make a few percent per trade without taking into account arbitrage possibilities. Since the amount of effort involved is small I am bit puzzled why not many people do this.

I guess many! How does it look if you consider transaction cost? Does the low volume really pay the cost.
If you hedge with futures one might end up one-legged as Bitsquare doesn’t eliminate counter party risk.
Anyway in times of stress there are certainly opportunities. Do you have a specific case? Best

There’s been some good arbitrage opportunities for GBP sales of BTC between Bitsquare and elsewhere. At first I did do a little buying on localbitcoins and selling on Bitsquare and made a profit, but I don’t really want to have thousands of £ per day going through my bank account - too much risk of them deciding randomly to close my account - so I reluctantly decided to stop.

You can always open a free bank account at a cryptofriendly bank. I use Fidor. It’s a german bank but it seems they offer accounts for UK customers as well.

This is their UK website. It has the same ssl certificate as the german branch. The adress looks a little weird, though. I think it should be legit. The translation seems to be perfect.

They have a cooperation with bitcoin.de, a big german trading site. When you trade at bitcoin.de they offer instant fiat transfers between fidor accounts.

Found a news article about their expansion to the UK, so this seems to be legit. The online-only lender’s chief executive says it is more like a social network than a traditional bank, with online communities offering finance tips, peer-to-peer loans and financial market trading facilities

I’ve heard of them before - didn’t they have a partnership with Ripple too?

Didn’t realize they had a UK branch now, I’ll have to look into opening an account, thanks.

Kraken, as I just learned. Here’s an old reddit thread from when they just opened in the UK: 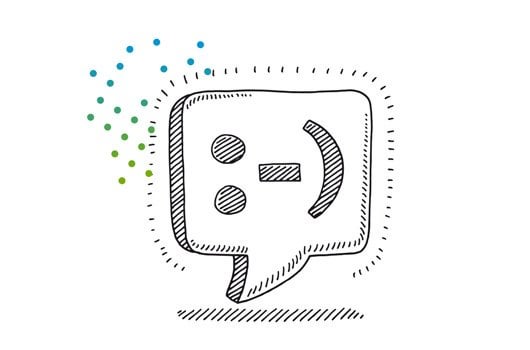 Hey, kristoffernolgren! I am only a hobbyist trader, but I’ll have a stab at answering your question:

It’s ultimately a matter of time and energy invested versus profit. You’re literally trying to outsmart-outrun a horde of bots that exist to equalise prices across markets.

There’s no way you could buy at 39 on Poloniex, then rush over and sell at 41 on Cryptomic because the volume on Cryptomic isn’t there.

IMHO: you do far better – over time, and with far less stress – by providing volume to a stable crypto on an exchange with good volume: buy on the low side, then put those amounts up to sell on the high side.

I think the fact that you cannot use bots at Bitsquare is an advantage. You are not in competition with bots which are always faster than humans to equalize arbitrage.

If anyone is interested to become a market maker/liquidity provider for Bitsquare please get in touch with us by email (u find the email address on the web page). We are willing to support such traders to get higher volumes on Bitsquare.

I am interested in providing liquidity for XMR and possibly a few others like Tether USD. I could probably set aside at least 100 BTC or so for this purpose. But for me there’s a few obstacles. I’ll eventually find a solution to these, but it’s why I currently have not been adding liqudity besides a 2 BTC lowball buy order on XMR. (and also I’d need to if not make a profit at least not run at a loss, so my strategy would involve placing orders a bit away from the market price, thus building a ground floor and let others place smaller orders above. And vice-versa. )

The first one is security. I need to dedicate a computer for this purpose (I don’t trust my main working computer to hold large amount of funds in case it gets compromised and I don’t want an extra computer running 24/7 as I’m renting a small appartment with not much space. My current solution is the bounty for a raspberry pi, but if it eventually fails to materialize I’ll have to consider other options.)

The second issue is that trades require manual intervention. It should ideally happen automatically with atomic transactions between two blockchains. E.g BTC / TetherUSD. I know this requires a lot of work and may be added in the future.

Manual intervention could be less of an issue with API since I could then technically create a program to automate the trades. A CLI version with API would probably resolve the first issue and the second issue. According to @ManfredKarrer this requires a lot of work too.

Also I think bots is only a question of time, even if it’s not possible right now, anyone could edit the code and integrate a bot. It just requires more work, but is still possible. So what will eventually happen is a few who has the resources will be using bots, while most can’t.

I guess the fact that you need to be online also ties in with the first point.

Maybe it would be possible to fundraise API, I guess right now I’m waiting to see the DAO as I think it can help solve many of these issues once there are more incentives.

Yes the automatic altcoin trading is definitely planned, but as you said the DAO is the next hi-prio task as we need more devs and without funding it is a chicken and egg problem. I assume the DOA will take 2-3 months but I don’t want to wait so long until to increase liquidity.
I don’t assume that in the next months anyone come up with a trading bot integrated into Bitsquare. So there is a time window where manual trading is the only choice, which is more work but also opens more opportunities as you are not competing with bots.
Regarding the 2nd computer: I fear that the RPi will not have enough resources to handle the UI good enough but lets see if anyone find something.
@mepistol has managed to run the UI client on a hosted server with remote desktop. @ivilata
said there should be even a better solution possible with antoher remote desktop software.
So that might be an alternative. I am willing to cover the server costs (on Digital ocean it’s about 5 USD per month for 1 GB, but prob. 2 GB or 4 GB are better).

Yep. I agree, the sooner we get more liquidity the better.

The problem I have with renting servers is that you get the third party risk. Maybe not a great risk, but, remember the linode hack?

In early March 2012, the New Jersey-based web and cloud hosting company Linode was suspected of robbing many popular Bitcoin services. A vulnerability in the customer support system was used to obtain administrator access to the servers. Once the Linode servers were compromised, eight accounts dealing with bitcoins were targeted.

Plus connecting to it via remote desktop presents another risk, if the computer you’re connecting from is compromised.

I think I may just order myself a server that doesn’t use too much resources, a few steps up from the raspberries. If you guys have any recommendations, shoot. Something that’s not very noisy and doesn’t generate much heat.

Or perhaps I’ll just rent a few servers to spread the risk. That may be acceptable. I’m taking risk every day when I trade on centralized exchanges too.

I am in Barcelona, Spain. If you are not outside Europe I could offer you something:
I bought recently 3 HP desktops (HP ProDesk 400 G2.5 - Small Form Factor - 1 x Core i5 4590S / 3 GHz, 16GB ram) for stresstesting the P2P network. They are small and silent and decent fast. As I don’t use them anymore (I hit the limits of my router and ISP so I moved to hosted servers instead for those tests) I don’t need them anymore. Ping me an email so we can discuss further if you like.
I also have 3 lcd monitors (cheap ones, no good quality)

That sounds perfect. I’ll send you an e-mail.

It’s good to hear this said aloud, Manfred. Us IndiaMikeZulu guys see cryptos as stuck in the ‘immature speculative-trading phase.’

But an exchange like Bitsquare is a ‘slow motion’ exchange on which people can buy and sell cryptos rather than trade cryptos. That’s a stride towards the ‘mature (transactional-volume) stage.’

I’d be happy to help out, but I’d like to see the transaction window for SEPA shortened. It really shouldn’t take 8 days. Right now somebody took one of my sell offers and it’s been stuck in “Wait until payment has started” for two days . I think the buyer got cold feet and it’s unlikely this trade will ever go though. Now my bitcoin are locked up for another six days. Way too long to do arbitrage on a volatile market.

I think it’s fair to assume that anyone tech savvy enough to run Bitsquare can do online banking and pay the moment they take an offer. But even if they have to walk to a physical bank the next day and the money takes a day or two to arrive, add in an extra day for delays and the total shouldn’t be more than 4 days.

We could also think about having separate time-outs for each step along the way, e.g. if payment hasn’t started within 24 hours, the deal is off.

Regardging SEPA period: I had actually a case where we needed the long perion (at long easter weekend, 4 days banks were closed, then 3 days for tx). 3 days is for my Austrian bank pretty usual unfortunately.
I know that in some countries they are faster or even instant when its the same bank or county, but unfortunatley we need to adopt to the slowest :-(.

To deal with the payment started event is good idea, but at the end you never know when the user really has started as you don’t get that info from the bank. So I fear that will not help much as users can lie about that.
Though I should make it more clear that the sender need to start before the half of the period, otherwise he loses the dispute case in case of a timeout.

Yes, I agree that it makes arbitrage harder. But the only solution I see to use other payment methods with instant transer like OKPay.

You can block users in the new version (settings, add onion address of a user) if you had a trade which was very slow. So you can avoid to get repeated trades with such users.

Kraken is a great bank period. All the services you could want and trying hard to add more you have not thought of. Been with them in Germ since the start. Only getting better.