Is it sensible for me to rely on Bisq for my future?

I’m going to be honest: I’m in a situation where Bisq is my only way to obtain or sell Bitcoin. The long-awaited API is hopefully coming soon (feels like an eternity has passed since I first heard about that…), but judging by the confusing (probably out of necessity) beta documentation, I’m unsure I will even be able to use it, and looking at the available trade offers and the activity in this forum, it will have very limited use even if it’s technically perfected.

I have tried asking about Bisq implementing a “lending” feature, but that question has been essentially ignored. I did get some links to some previous discussions on this, but I couldn’t make any conclusions about what will happen based on those. It doesn’t “look good” on that front.

I just cannot sell the few BTC I own, but I obviously still need to survive. It means that I need a steady stream of fiat money. I won’t bore and sadden you to death with my tragic life story, but the basic gist is that I can’t make money and don’t have any ability to do KYC/AML stuff. So BlockFi is out of the question, even if I could trust them to hold my coins (which I don’t). Hodl Hodl doesn’t even let me register (like 99.99% of all websites these days), but doesn’t support Bitcoin anyway. As you may already know, there’s endless fake/nonsensical websites out there related to crypto currencies with the same vague buzzwords and empty/meaningless promises. It makes my skin crawl just thinking about how little “actual” stuff there is. (It’s basically just Bitcoin Core and Bisq.)

In other words, I’m seriously relying on the Bisq project, run by a bunch of smart idealists in their spare time, for my survival. I’m betting on you soon coming up with some method for us Bitcoin holders to safely lend out some of our coins for the purpose of receiving (whether directly or indirectly) fiat for bills and survival. Is this realistic? Is it even logically possible?

I’ve been spending insane amounts of time combing through thousands of websites that call themselves “decentralized” or “defi”, but they are all… fake. Bisq is the only decentralized finance application in existence, as crazy as that sounds. (Obviously excluding Bitcoin Core, which of course doesn’t actually let you “find” people/offers/contracts.)

I could nag about the lack of a streamlined/automatic update mechanism, but frankly, I would happily do that chore regularly if it meant that I could survive. (But others, who are in a less “dependent” situation, might not, so I still consider that a major hurdle for Bisq adoption…)

Am I an idiot for thinking that this will happen? Is it going to be years and years still? My time is quickly running out. Is there anything that I can do in practice to encourage the Bisq developers, besides donating the few satoshis I still own after all these years since I bought them cheaply a decade ago? I’m not at all smart enough to be able to actually help with the code (Github doesn’t even let me register), and if I had any marketing/word-spreading skills, I frankly wouldn’t have ever found this project in the first place; I would be running some sort of fiat-centered website or company or something. So, I have nothing to contribute other than being an active user and mentioning Bisq constantly when I talk about Bitcoin with anyone, which I have been doing for years. I hope that all those recommendations from me at least has resulted in a couple of new users, but I also recognize that it’s still essentially “nothing” when just me and a few others are doing it…

I’m frankly worried and disturbed by the lack of enthusiasm around Bisq and even Bitcoin in general (in spite of the “crazy” price which some call “high”, but I frankly was expecting a million USD per BTC by now). To me, it’s basically like finding some sort of alien technology, a fountain of youth, a pot of gold, or something fantastic like that. I’m convinced that there are a lot of people out there who are locked out from all the centralized exchanges/services, which all require KYM/AML nonsense now, and would love Bisq… if they only knew about it. But isn’t that always the problem? Reaching out to the right human beings on this planet is frustratingly difficult to say the least. I’ve spent countless sleepless nights just going over every possible strategy in my head when trying to grow my own past projects, trying so many things including paying large amounts of money only to get nothing but worthless bot traffic.

Am I a naive fool for relying on Bisq? Is this project really going anywhere? Is that new version with API support coming out very soon? Is the “lending feature” a pipe dream? Will it Change Everything™? Have I already gone insane and this all comes off as nonsensical rambling?

When I think that Bisq is not going anywhere, I just look back to the times where there were only a couple trades per day at EUR and USD trading was non existent.
Also, when Bisq contributors did not expect to be paid for their work and now they are pretty sure that they will receive BSQ at the end of the month, and changing them for BTC won’t be impossible.

That said, I think that you should find other sources to sustain your future. Diversification is not only a buzz word for investors trying to make you invest into a bad stock, it’s key to feel safer looking ahead.

’m unsure I will even be able to use it, and looking at the available trade offers and the activity in this forum, it will have very limited use even if it’s technically perfected.

If you’re using this forum as a metric for anything, then you’re going to have a bad time. I’d say its the least used part of the whole project. I’ve advised getting onto Keybase where the community mainly resides, not sure that has been followed.

Github has discussions and where the action is. Keybase has updates from action that flow into there.

There’s a lot of self-interested parties that also want it to succeed etc. buyers needing sellers, and sellers needing buyers… and everyone wanting to avoid KYC, pro-privacy (the way it should be).

I’m sure you’d be able to contribute in some sense.

Bisq should be only one among many sources of income (if you’re earning BSQ).

As far as lending services, I think the Sovryn project allows for that. It’s a defi sidechain for bitcoin where you maintain custody of your keys. I haven’t tried it yet, but I plan to.

Definitely you should find more ways to increase your cashflow and use Bisq for access to Bitcoin at anytime. If you can contribute, then do it and earn BSQ, and sell it for Bitcoin.

I’d obviously love to have many sources of income, but my point is that I’m unable to make money in this world, therefore attempting to lend out my coins to get an income.

Sovryn is one of the many nonsensical “defi” websites which doesn’t support Bitcoin and talks about “connecting your wallet” inside the browser. It’s not actually a working thing. It’s some kind of scam or troll project.

Sovryn is one of the many nonsensical “defi” websites which doesn’t support Bitcoin and talks about “connecting your wallet” inside the browser. It’s not actually a working thing. It’s some kind of scam or troll project.

Sovryn still needs some time to prove they can be trusted.

I have been about 6 months with Money On Chain, also on RSK and I think that the project is more mature. BPRO offers about 10% leverage on BTC and some passive income.

What is there to “trust” about Sovryn? It’s nonsense. Non-functional. It has no way to actually use it. It talks about “connecting your wallet”. What the hell kind of BS is that? It doesn’t support Bitcoin Core? What? How do I actually use this? Why do people pretend that it exists?

It’s a sidechain that uses RSK and allows for leveraged trading (you can lend and earn interest).

They are using ethereum’s evm to “connect” to the federated network of nodes.

If I’m not mistaken, you simply put your bitcoin into multisig (you hold your keys), and you can peg into Sovryn.

Because your situation sounds more dire than others, perhaps it’s worth investigating the risks on your part.

Here are the links for some of the github posts on using Bisq for loans. 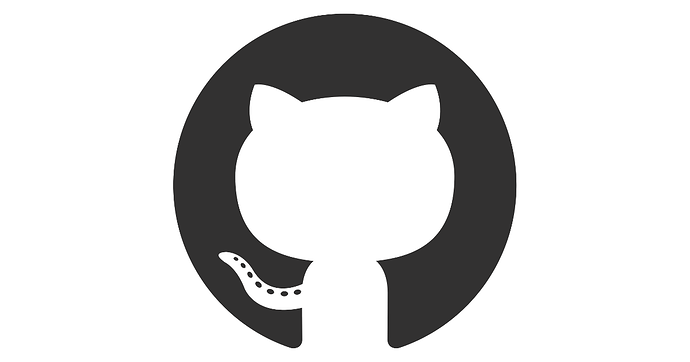 This is a Bisq Network proposal. Please familiarize yourself with the submission and review process. Basic Idea In a similar vein to the...

I think Bisq can be used for lending and borrowing but it will take users like yourself to make the case for it.

I think that as more people are unable to use KYC services there will be more people that are only able to buy / sell BTC using Bisq.

Not sure why you are unable to register with 99.9% of websites but this sounds like a big barrier to accessing opportunities or getting involed in projects. Things happen quicker when they have community suppport so it would be great if you are able to access Keybase or Github to share your comments and use cases on the issues or create your own.

If you have access to the banking system you can use Bisq buy BTC low and sell BTC high and make profit from the spread. If not you could try the same with altcoins.

Also maybe check out earning yield on your BTC by providing liquity to lightning networks or CoinJoin implementations.