Where did my locked in trade balance go?

Can someone help me? My locked in trade balance seems to have disappeared. The address in the locked funds tab doesn’t have any transactions in it and on the transactions tab it says my 2.9 BTC was sent to a different address than the one in the locked funds tab! I think the person who I’m doing the trade with hasn’t continued because he’s seeing the same thing on his computer. Please someone tell me I can continue with the trade or get my BTC back. 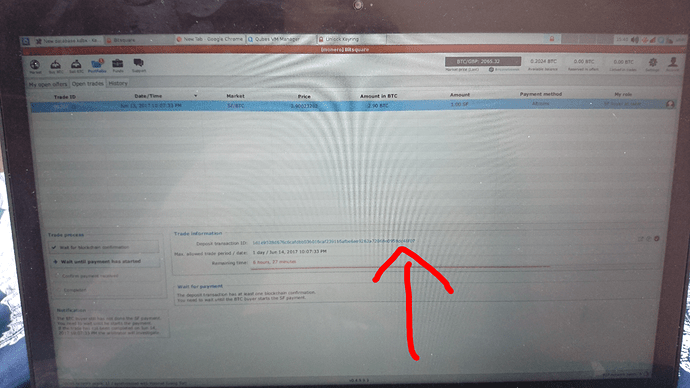 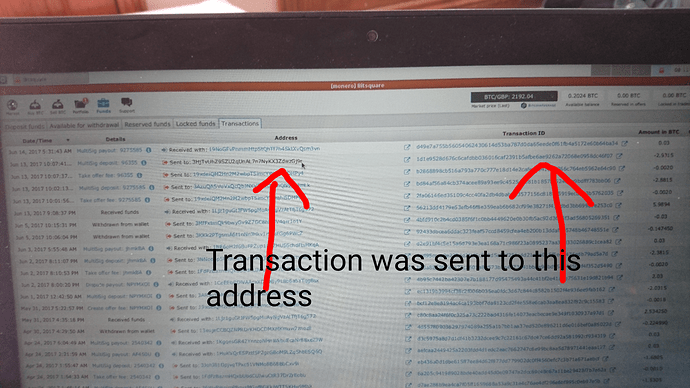 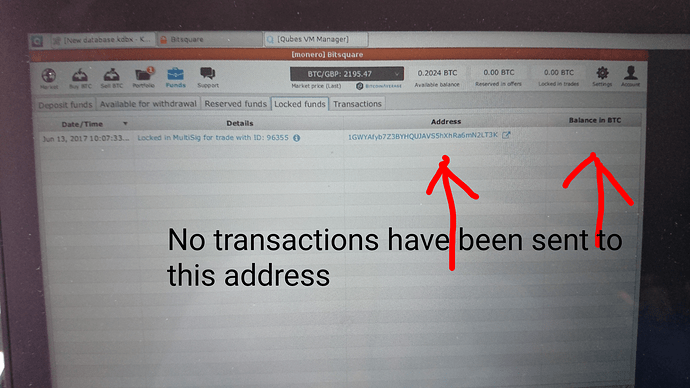 Hey, thanks for adding the photos, I’m a little confused by this…the trade limit should be 1 bitcoin for trade, I didn’t know the program would let you open a trade for more. Maybe this caused a problem?
This is the standard guide for wallet problems:https://forum.bitsquare.io/t/wallet-problems-what-to-do/1997
Many times backing up and recovering the wallet solved the discrepancies, but for now I would wait to see if someone here with more experience understand this specific issue.

The limit for siafund trades is 3 BTC

I didn’t realize it was an Alt trade.

I highly doubt it

Re:
“Wallet that doesn’t contain funds but should: 1GWYAfyb7Z3BYHQUJAVS5hXhRa6mN2LT3K”

That is actually a bug. The UI displays the address from the PubKey which is used for the MS but not eh MS address. I will fix that for th next version. But no worry that is just a UI bug.
Though it should display the balance…

It might be that your internal wallet DB is not in sync with the wallet. But there are no funds at risk if that is the case, ust the UI does nto display it correctly.

The MS tx looks all correct, so I would suggest to just continue the trade and if there are any issues u can open a dispute with cmd+o or ctrl+o.

No transactions have gone through that address (1GWYAfyb7Z3BYHQUJAVS5hXhRa6mN2LT3K), the BTC went through 19JZ2Y47dLW84FGex99qBjqgXZWE1dYNJC to get to the multsig-address.
It must be a different bug from the one you mentioned.

Ignore that address. That is he address form the pubKey used for the MS and the address will never be used for anything. That the balance is not displayed is a bug, but as long the trade completes it is nothing critical. Otherwise open a dispute.