Bitcoin Cash (BCH) as base currency

bisq has been serving me well over the past years. But the time has come to ask for BCH as a base currency.

I had expected that for release 0.6.3. But since it is still not there, I herewith request it as a user of bisq.

I doubt it will be implemented, but nothing is impossible.
And it will probably not be a priority, since Litecoin and Dash seem to be enough and adding new base currencies takes some effort.

Then maybe this can be useful 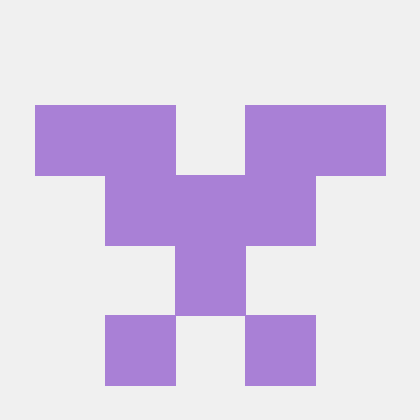 A library for working with Bitcoin. Contribute to bitcoinj-cash/bitcoinj development by creating an account on GitHub.

I’d also like to see BCH as a base currency. After the fees and delays on the BTC network over the past few months I’ve changed over to using it exclusively. This also explains why I haven’t been on the forum the past few months, Bisq became of little use to me.

I would also like to see BCH as the base currency in Bisq.

For a long time, before the hardfork, I was an enthusiastic believer in this initiative (when it was still called “Bitsquare”), and after it happened, I was a little disappointed to see that they set their position against BCH.

Later I was encouraged again by the news that they had added support to BCH, and even downloaded the program again to test it, but when I saw that BCH could not be exchanged directly, I again became disillusioned.

I really believe that in the future it will be very useful to be able to use decentralized applications like Bisq to carry out exchanges, and also, I believe that the BCH community really appreciates, especially in my country, Venezuela, where we do not have decentralized exchanges such as Localbitcoins that support BCH and not We can rely too much on centralized exchanges that are subject to the authority of arbitrary government and the whims of banking.

Recently Bisq removed support for most of it’s base currency, Doge and Dash in particular.
Litecoin might get removed as well soon, as it is hard to bootstrap a network and there are costs in running multiple seed nodes and etc.

In future, all decisions will be made by a DAO, so there is no reason to believe that BCH can’t be added as a base currency, I just think it isn’t really necessary right now and it will very likely not be added.

Thank you very much for reporting.

While you wait for a decentralized exchange, you can try to use this one:
https://localbitcoincash.org

Of course I’m not anyone who decides anything about Bisq nor a dev or so but if there’s going to be a Bisq DAO I’ll always vote against any Bcash integration.
It is a known fact that Roger Ver and his whole project is one big scam, BCH is a scam coin that tries to get all the attention and stuff using the popularity of Bitcoin by using its name and more and more frequently even calling itself the “true bitcoin” (!!!).
Not to mention price manipulation and all this kind of fraud…
Blockchains DON’T scale. No blockchain. Ever.
Try to learn the technology, then you’ll understand. So block size increase is not a long term solution to scaling which is the only reason bch claims to exist.
It’s like an algorithm with complexity x and another one with c*x, in the end they’re both O(x) because when you scale, any factor, especially a small one like 2 or 4 (right? Bch is 2 or 4x the block size iirc) very quickly disappears.
I strongly recommend not to invest a dime into this.
Just my 2 cents; sorry if this post offends you but that’s my opinion…
C’ya!

Agree that BCH isn’t a long term solution. Even if BCH decides to have 1GB blocks this is by far not enough to solve future scalability issues. So BCH would be only a temporary solution. Better is to put the energy of the developers into long term benefit which seems to be an integration of 2nd layer solutions like lightening network.

Basically central exchanges today already operate often like a lightening channel. They move coins from A to B, from B to C etc. and only book the net into the bitcoin blockchain. This keeps to the exchange’s benefit the miners fee low (partially shared with the traders) on expense of the security.
Wonder if something like this can be done in future in decentral bisq (we need more liquidity for this of course). For a low trade amount nobody needs 99.999% security, for a high amount of course everybody wants.

By the way, bisq is a great project!

It’s like an algorithm with complexity x and another one with c*x, in the end they’re both O(x) because when you scale, any factor, especially a small one like 2 or 4 (right? Bch is 2 or 4x the block size iirc) very quickly disappears.

Ok for the long term destiny, but the problem is to estimate “very quickly”.
If BCH can manage the scale just for say 2 years before reaching its limits
… then this will be 2 years.

I agree with you torte

If I remember correctly, I had already asked about Lightning integration in Bisq and to my knowledge they haven’t started to work on anything like that but might consider it in the future.
Also, this is not a company, Lightning devs should be able to join the project easily!
I would really welcome something like this as well, so we’ll see!

2 years in which they’re scamming people by calling themselves “Bitcoin”?

I see 2 issues: On one hand, they claim to be so awesome and great by solving scaling issues with their double block size. Which is totally not the case, as stated earlier - even if it’s 2 years, it’s just a patch, we don’t work like this in Computer Science.
If you write code with that mentality, real professionals will laugh at you, you can’t just patch stuff around here and there.
Also, the BTC mempool is quite fine for the last few months, so nobody needs BCash right now!
And when mainstream adoption will start to grow, we’ll have LN up and running stable & everything, so people won’t need to start getting into a shitcoin and then switching over to BTC, which would be a bad user experience.
On the other hand, as explained in my first sentence, they’re morally unacceptable. You can’t just go ahead and call yourself the “new Intel”, especially if in the end instead of doing “new” stuff while you’re calling the real company “Intel Classic” you’re actually producing old 1980’s CPU’s with old technologies while the real company is doing AI chips, Quantum chips and more.
Bitcoin is more advanced than BCash, so it’s totally idiotic to call the real Bitcoin “Bitcoin Classic” or “Old Bitcoin”.
Cheers!

Anyone can be a Bitcoin Cash supporter so not all of them demand that it should be called Bitcoin.
Opinions vary on these things, most of them just want to be part of a different community for one reason or the other. They are all people, just like you and me, our opinions just differ and that is fine.

I think both scaling solutions are fine, but I do see many new things possible with LN that couldn’t exist otherwise and I am sure many BCH supporters do as well. Some people wanted to implement both solutions, mostly for consensus reasons, but it seems like the community just didn’t want to stick together very much, for whatever reason.

I think BCH is trying to be a competition to BTC and take over it’s use, but I also don’t see that ever happening, so I don’t regard it as a threat. I think Bitcoin made better decisions for scaling as well, but that’s just my opinion. There is a lot more to this whole story than technological solutions and I try not to be distracted too much with it.

Banks are our real enemy and competition here and I am sure this devision of the community is just what they wanted, so they can show everyone the dangers of freedom and democracy.
I think we should be proud of the fact that people can disagree like this in our community and follow their own directions, unlike in centralized governments where everyone has to follow the rules that were agreed upon. It is simply how freedom works.

Hello Alexej, thanks for your answer.
I agree, everyone’s different. But when I criticize a project, company, … I criticize the creators like in this case Roger Ver. I don’t go against people who accidentally bought BCash because Ver caused their confusion or people who don’t understand that it’s not a good project.
I just blame the “creators” of BCH for even coming up with the idea to fork BTC, call it the new “Bitcoin” etc.

Is this now a why Bitcoin is better than Bitcoin Cash Thread?

I would like to use Bitcoin Cash as a Base Currency.

In the end they both compete, in the end the winner takes it all. I know why I use BCH and not BTC and if you do the opposite then all is good.

A good criteria for a base currency should be what people knows best and what people use most. In this community the most used coins seems to be BTC and Monero. If a third coin (like BCH, BCHSV, Litecoin…) would be the base it would for many people mean that they need to do one trade additionally.
So for now I’m personally happy as it is. Can understand of course if there exist other preferences.
As soon as 2nd layer technologies are stable and accepted it might be useful to integrate it. I assume that the BTC usage will go up then and with it the fees … . Then high amount trades might go via the main chain and low amount trades in the 2nd layer.

I don’t think we can integrate multisig transactions that Bisq uses in the lightning network, so devs have been working on a off-chain trade protocol with BSQ (future Bisq DAO token).

This would also remove the need for the base currency, although in a sense it would still be backed by Bitcoin since BSQ is a colored Bitcoin coin.

Hey all. I’m a new BISQ-er just getting up and running today.

But… omg, srsly? The BTC/BCH fork-fight-split “core is a scam” “no Roger is a scam” FUCKING INFECTION is taking root here, too? Really?

If BISQ is going to be anti-bch and calling it god damn ‘bcash’ and shit like that, still? It’s going to mean death to this project. IMHO. And that would be a damn shame.

Open source projects like this ought to be able to have ANY coin implemented in them as a BASE coin.

If that becomes “blocked” by political or other “ideology” reasons then the BISQ project itself should be forked to a competitor that does what the “other side” wants done. That would mean a new separate project for, say, call it “BisqCASH” maybe. LOL

But, again, goddammit that’d be a SHAME if it has to come to that.

(Rodney King video insert here:) “Can’t We All Just Get Along…?”