Network of exchanges: Other Altcoins as base currency

Bitsquare will become: The decentralized exchange network
This will be our new slogan when we start our re-branding in a few weeks.

But it will not only shift the focus on the network aspect of Bitsquare but also can be read as network of exchanges.
This will get a new meaning with our plans how to deal with the problem of higher transaction fees in Bitcoin.

As many of our traders have experienced, the explosive increase of tx fees and the huge block chain backlogs caused a lot of disruption for traders with stuck transactions.
In our next release (version 0.5) we will introduce dynamic tx fees and use a fee estimation service to get always the best tx fees for fast confirmations.

Though with fees > 2 USD we are leaving the comfort zone. Specially for smaller trade amounts the tx fee will become a problem.

It was always clear that at some point tx fees in Bitcoin will become very expensive and we need other models like Lightning or similar to solve this problem. We expected that this will happen in 1-2 years.
Unfortunately we got the high fees already now and it seems they will continue to increase fast.
As some miners with their toxic behavior are blocking SegWit we cannot count on Lightning as a solution for the near future.

One approach to deal with that situation is to change the base currency from Bitcoin to another Altcoin which has lower fees.
This was not considered earlier as it has the negative side effect that it split up the market and hurts the network effect, as well as it has considerable engineering effort.
Now we don’t see other options how we can solve the problematic fee situation so we decided to go that route.

As we want to be neutral and want to support as many Altcoins as possible we decided to work on a plugin architecture to enable the user to select their favorite base currency.
Altcoins which have a BitcoinJ implementation will get added first. Others which require more engineering effort will get added later (Ethereum, Monero once it has MultiSig,…).
Of course Bitcoin will stay as well and for the DAO it will be the base currency.

The user will be able to select which currency to use as base currency and then get the exchange market for that currency instead of the Bitcoin based market.
All features are the same and the selected Altcoin can be exchanged to all Fiat currencies and all supported other Altcoins same as it is now with Bitcoin.

So we will build up a network of exchanges with different base currencies:

Please let us know which base currency you would like to see to get added and provide sufficient background information (link to BitcoinJ implementation).

As said those Altcoins which don’t have a BitcoinJ implementation will get added to our road map but will require much more dev effort and cannot be added in the first phase.

The basic requirements for phase 1 candidates are:

In future we want to move to a Bitcoin Core SPV model and then the requirement for BitcoinJ/Java will get released.

Of course Altcoins which have been actively traded in the past at Bitsquare will get a higher priority.

Syscoin seems to be a dark horse absolutely worthy of your attention, and with the partnerships that should drive significant volume. 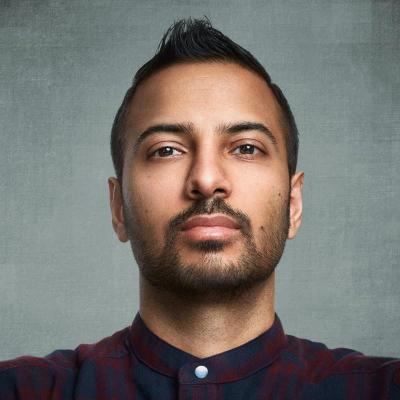 A library for working with Syscoin. Contribute to sidhujag/syscoinj development by creating an account on GitHub.

Zcoin - to any fiat or altcoin

This is wonderful news

I’d like to trade against Dash. Here is the Dash bitcoinj implementation.

Yes we are in contact with the DASH CTO. Hope he can help out with a dev… it requires more work as the LTC/DOGE as there are more differences…

if its DASH you could enter a proposal into the DASH treasury system to claim some development funds:

This thread is for all Pre and Budget Proposal Discussions

At DashCentral, you can monitor the uptime of your DASH masternodes and perform votes on budget proposals easy and comfortable

Yes I know. Its more dev and time constraints, but we are in contact with their dev team and as far i heard someone is working already on it.

I think I’ve already proposed it:

Maybe BitShares SmartCoins Price-Stable?. BitUSD? BitShares is a decentralized exchange, but without direct exchange to FIAT. Bitsquare and BitShares could benefit each other. On the other hand a Price-Stable token would favor the trade in Bitsquare.
https://bitshares.org/

Having Litecoin as an option would be a significant step forward as fees should stay low for a while… exciting!

Would be nice to see more LTC trades as well. So far the Litecoin community was not very active at Bisq.

What happens if I run Bisq with Bitcoin as base currency and switch to DASH later? Can I switch back to Bitcoin and see the funds again? What happens to the open orders?

Will there be an improvement where I can choose the base maret without leaving the application?

Yes, the data and wallet is completely separated. You can switch back and forward as u wish. Just needs a restart…

No, that will be technically too difficult. All the setup is done at startup and you cannot switch the btc or dash network on the fly.